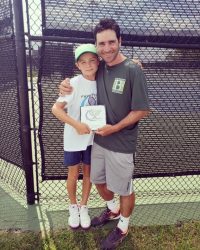 Originally from Argentina, Matias has spent 9 years coaching in Spain, the last five at Club de Campo Santa Barbara. He played professionally, reaching ATP rankings of 845 in singles and 624 in doubles. Since his playing career ended, he has been a training partner for 2 players who are currently ranked in the Top 100 in the world (and another in the Top 135), and have played in Grand Slam Tournaments.

As a coach certified in both the Spanish system (RPT) and as a USPTA Elite Professional, he has worked with a woman who reached WTA rankings of 591 in singles and 535 in doubles. When he left Spain, Matias was coaching the #1 ranked U14 boy in the country, the #15 ranked U16 boy, and the #77 ranked U16 boy. 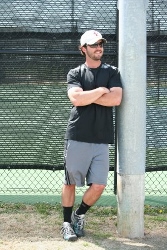 Beau Basham was one of the top ranked juniors in Arkansas, and ranked Top 50 in the Southern Section. Like Christy, he was the recipient of the Hershal Friday Award presented by the Arkansas Tennis Association to the top junior in the state. He went on to play for the University of Arkansas – Ft. Smith on a full scholarship. Upon finishing his playing career, he immediately began a career as a teaching professional. Beau has taught players of all ages as a teaching pro at Fort Smith Athletic Club and Fianna Hills Country Club. He also taught for a summer in Maine at Camp Mataponi, as well as a summer in New South Wales, Australia under former Arkansas National Champion Peter Doohan. Prior to joining the OTA family, he was coaching at the Central Arkansas Junior Tennis Academy, where he not only taught lessons and drills, but also traveled with junior players all over the South. 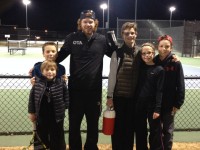 Matt Tabler hails from an entire OTA family! Older brother Martin and younger sister Mallory also came through the program, both top-ranked Arkansas juniors who went on to play college tennis. Matt was a 3-time state champion at BHS, winning the 7A doubles title as a sophomore, and the overall doubles title as a senior. He attended UA-Ft Smith, where he was named All-Conference as a freshman. In addition to being an OTA summer coach, Matt has taught 3 years at the Tiger Tennis Academy at Ouachita Baptist University. 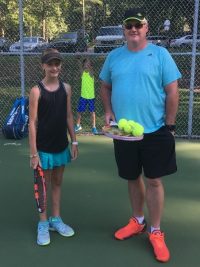 Ben Allison played collegiate tennis at Hardin Simmons University, Abilene Texas, prior to joining the US Navy in 1994. He has an Undergraduate Degree in Elementary Education from West Texas A&M University and a Masters Degree in Education Administration from Wayland Baptist University. Ben coached for 10 years in Texas and Colorado, winning multiple Regional and State Tennis Titles at the High School level (both in Teams and Individuals competition). 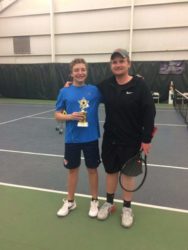 John Doohan has been playing tennis his whole life after being trained by his father,
Peter Doohan, who is the 1982 NCAA Doubles National Champion. John was the top
ranked 18s junior in both singles and doubles. John went on to win both the singles and
doubles Junior State Championship. In 2011, John was ranked number 1 Arkansas
Men’s Open Doubles. John currently holds an NTRP of 5.0.
John has taught junior and adult drills as well as summer camps for Pinnacle Country
Club in Rogers Arkansas and the Nelson Bay Tennis Center in New South Wales,
Australia before joining the tennis staff for Bentonville Parks and Recreation. John has
also spent time as an assistant Pro at the Fianna Hills Country Club and the Fort Smith
Country Club teaching private tennis lessons to all ages. John is certainly experienced
and we’re very excited to have him as part of our staff. 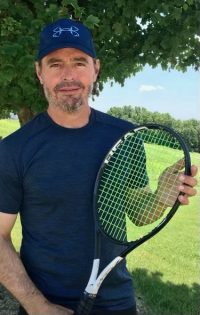 Seth Grady attended Missouri Baptist University in the fall of 2017. Started playing as a freshman and played all 3 years while he was there. During his last year, he was team captain, and lead his team to semi finals in their regional conference.
Prior to attending college, Seth trained at Ozark Tennis Academy under Beau and Matias. He has been playing tennis for the last 8 years and have a lot of experience and expertise to share. 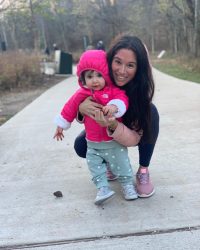 Carmen De Genaro is responsible for the day in, day out operations of Ozark Tennis Academy. Her tasks include communicating with coaches, coordinating and scheduling lessons, as well as, answering emails/calls about programming. Carmen also handles all billing, invoicing, and accounting for the business. Her education is business focused and has helped prepare her to carry out the many roles of her position. As the general liaison for OTA, Carmen’s love of helping people shines through in her daily interactions with players and parents. She is a “jack of all trades” and is dedicated to managing OTA with passion and enthusiasm!